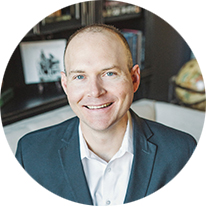 Brendan Steinhauser is a Partner with Steinhauser Strategies, a public affairs firm based in Austin, Texas. He graduated Phi Beta Kappa with a B.A. in Government from The University of Texas in 2004 and earned his M.A. in Statecraft and International Affairs from The Institute of World Politics in 2013. He earned a certificate in Counterintelligence Awareness from the Defense Counterintelligence and Security Agency of the U.S. Department of Defense.
Brendan is an adjunct professor of Political Science and Global Studies at St. Edward's University in Austin, where he teaches courses on Global Issues and State & Local Government.

Brendan also serves as a Second Lieutenant in the Texas State Guard, the premier state defense and emergency response force in the U.S. He graduated from Officer Candidate School and received his commission in 2021, at the age of 39.

Brendan has led campaigns for candidates and causes in more than 40 states, including for Senator John Cornyn and Congressman Dan Crenshaw. TIME magazine named Brendan as one of "40 Under 40" rising stars in American politics. Campaigns & Elections magazine awarded him a "Rising Star" award in 2012. Former U.S. House Majority Leader Dick Armey called working Brendan one of the highlights of his career.

Brendan is the author of The Conservative Revolution: How to Win the Battle for College Campuses and continues to write blog posts and book reviews on his personal website: www.brendansteinhauser.com.

He is an avid reader, especially when it comes to European and American history, and enjoys traveling to archaeological sites around the world. He is an active member of the Texas Archaeological Society, and enjoys learning foreign languages.

Brendan lives in Austin with his wife and business partner Randan, and his three beautiful daughters: Bonnie Joyce, Rose Marie, and Ella Mae. He is originally from Flatonia, a small town in Fayette County, Texas.